ThruText, a peer-to-peer texting platform, is a great way to reach voters. One new way to use ThruText is to text your supporters to ask them to get their friends and family to vote through a process known as “Vote Tripling.”

Vote Tripling is a two-step voter turnout tactic that nudges people to get three friends to vote. Peer-to-peer texting is a great way to sign up these Vote Triplers, and ThruText’s Survey Questions allow you to remind them when it’s time to take action.

How Well Does Vote Tripling with ThruText Work?

According to a 21,000-person test conducted by VoteTripling.org in 2018, vote tripling boosts voter turnout and yields votes at just $10/vote. Typically, campaigns see between 5 and 10 percent of the supporters and likely supporters they text say ‘yes’ to vote tripling. That means for a campaign with a list of 20,000 textable supporters, they’ll sign up 1,000-2,000 Vote Triplers, resulting in 3,000-6,000 voters across their district getting personalized reminders to vote from a close friend. In a close race, these supporters could make all the difference.

The Two Phases to Vote Tripling With ThruText

Phase 1 — Pledge: Text your supporters and likely-supporters in your district and ask them to hold three friends accountable to vote. You can send this pledge message as early as you’d like, but we recommend doing so at least one month before Election Day.

Phase 2 — Remind: A few days before Election Day send each of your Vote Triplers a personalized SMS that reminds them to vote and to mobilize the three specific friends they pledged to remind. Most campaigns send 2-3 reminders before Election Day, and many also send these reminders during Early Voting and before the registration deadline. 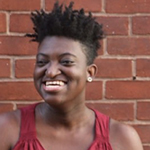 Joanna has dedicated her career to politics, advocacy, and driving change. Based out of Baltimore, MD, you can catch her writing, cooking South Indian food, and cheering for her favorite NBA team, the Trail Blazers.