As one of only two statewide elections in 2017, Virginia presented the first major test of whether widespread resistance to the Trump administration could translate into concrete political gains. While national attention gravitated to the gubernatorial race, a new PAC called Win Virginia focused on the House of Delegates, long a
Republican stronghold.

On Election Night, their efforts were rewarded. Democrats ended up flipping fifteen seats, with one contest ending in a tie, outpacing even the most optimistic predictions and nearly flipping control of the House. Win Virginia poured the bulk of their resources into innovative voter contact efforts, with P2P texting as a centerpiece of their program.

Partnering with the Brooklyn-based Red2Blue, who then enlisted allies at Code Blue and Open Progress, they organized more than 400 volunteers to send over 700,000 text messages to potential voters throughout the state.

ThruText allowed us to have one-on-one conversations with voters about issues that mattered most to them. And we could do that from across the country

The first wave of texts were aimed at persuasion. Volunteers sent messages to 335,000 voters on behalf of 45 different candidates. Prior to sending the texts, Red2Blue created wikis for each candidate that allowed volunteers to easily direct recipients to information about the candidate in their district.

Individual campaigns and the state party were already running robust GOTV efforts, and Win Virginia and Red2Blue wanted to complement that work. One major need they identified was reminding absentee voters, so the Red2Blue volunteer team sent more than 225,000 texts directing voters to links where they could request absentee ballots. 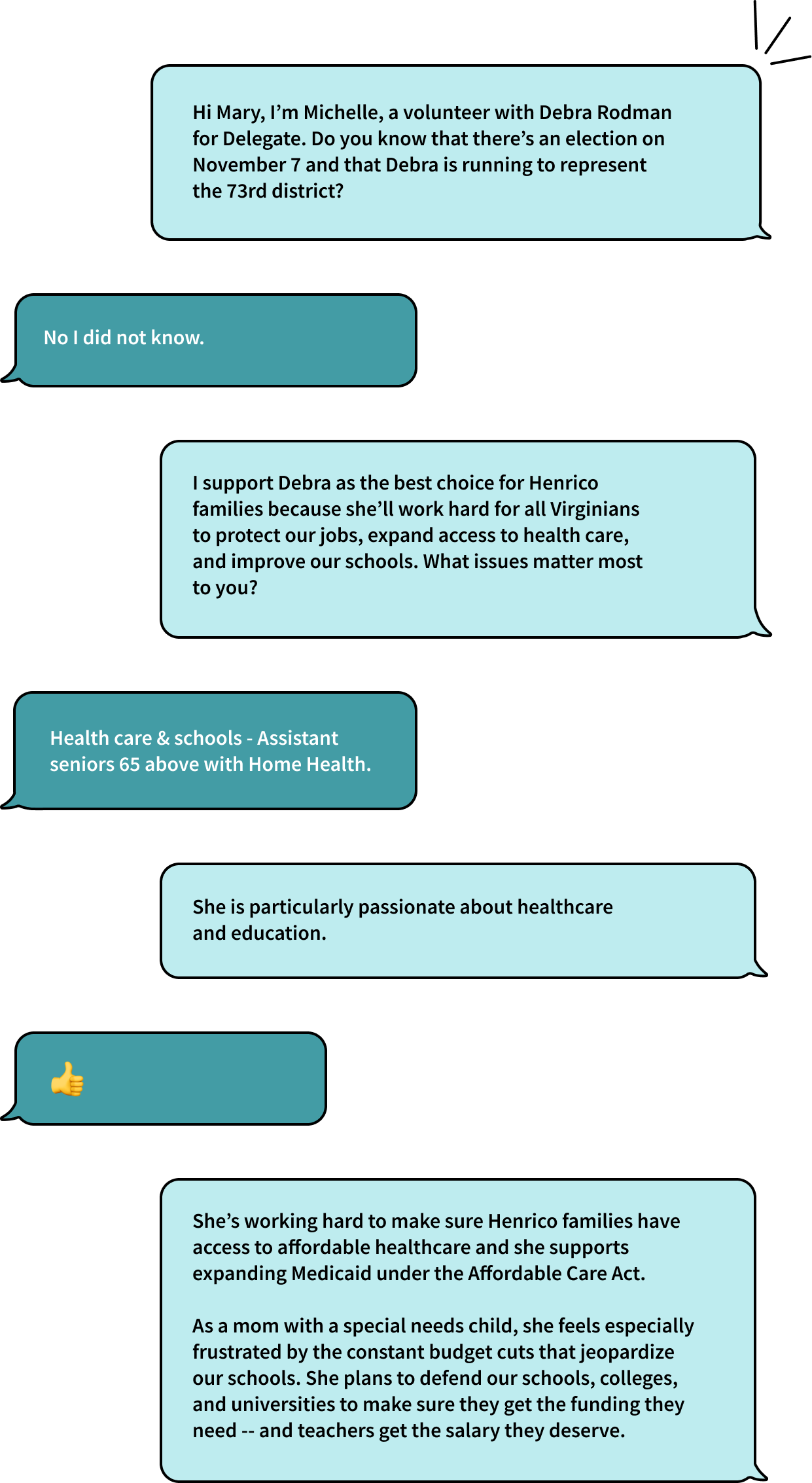 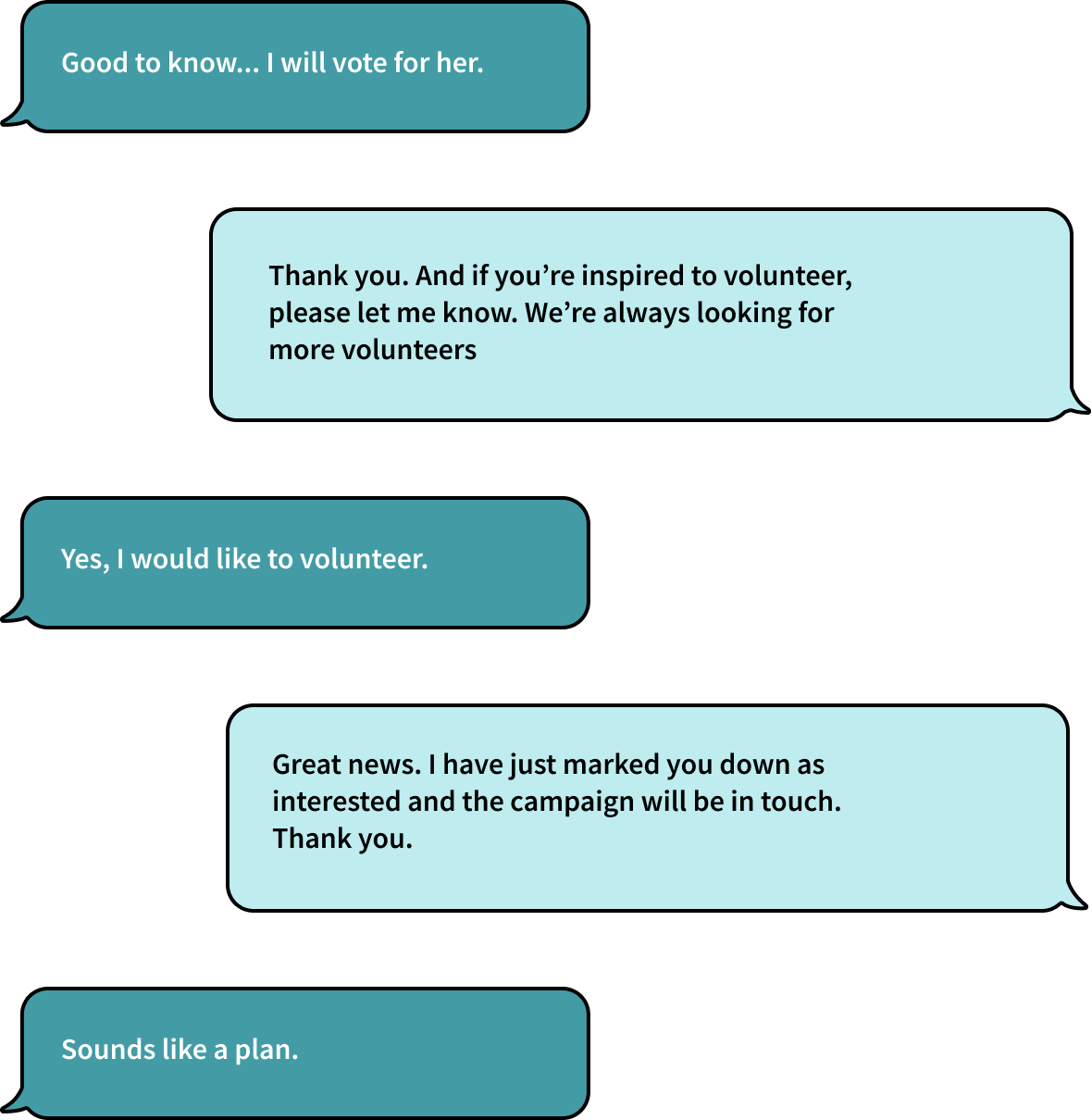 One of the biggest advantages of using peer-to-peer texting, says Anna Brackett of Red2Blue, is that it allows volunteers all over the country to get involved in electoral change. “You can feel powerless when you’re living in a little blue enclave,” Brackett says. “Texting allowed people to make a real impact in Virginia, even from hundreds of miles away.”

After getting up to speed on ThruText’s platform, volunteers would coordinate with the lead organizers via Slack, where they could ask questions and get feedback in real time. Conducting outreach for 45 different candidates across the state was a Herculean task. But according to Brackett, ThruText made it manageable and efficient.

“ThruText allowed us to lay things out in a super organized way that was easy for volunteers to understand. We had people who were sending 10,000 texts on their own. And ThruTexts’s great admin tools helped us make sure that nothing fell through the cracks.”